Equalization inequalities must be addressed 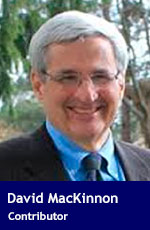 In recent years, equalization and other regional subsidies have captured the attention of many Albertans. Much useful research has been done at the University of Calgary and by the former Wildrose Party. There has been extensive comment in Alberta’s media on Canada’s fiscal arrangements, including equalization.

Issues connected with regional subsidies are important to all Canadians, even if public interest in them is most intense in Alberta. Equalization costs $20 billion a year and subsidies to regions are incorporated in other federal activities, including employment insurance, the management of airports and federal employment patterns.

Unfortunately, too much public debate – in Alberta and elsewhere – is focused on the way equalization payments are calculated and downplays other important issues relating to the regional subsidy system.

There’s little doubt that the system has been ineffective.

Even after 50 years of subsidies to six provinces, often totalling several thousand dollars per person per year, Prince Edward Island, Newfoundland and Labrador, Nova Scotia and New Brunswick are at or near the bottom in a Conference Board of Canada study of the economic performance of 26 jurisdictions. Quebec is not far behind.

Canada’s regional subsidy system doesn’t meet any of the normal standards for effective design of government programs. Programs are supposed to be assessed in relation to goals, their design should deal with all aspects of the problem being addressed and their impact should be measured.

Population need, the most important element in designing any program that shifts funds from one part of the population to another, is not considered in determining equalization entitlements. The result is a program that has little to do with how Canadians live and work.

Fairness is perhaps the largest issue associated with equalization and other regional subsidies.

Ontario taxpayers contributed $96 billion to the federation in a recent 10-year period and Alberta’s taxpayers about $228 billion. These funds support provincial programming in other provinces that’s much more accessible than similar programming in Ontario and in some cases Alberta.

The funds also support public sectors in Atlantic Canada that are grossly excessive.

The Maritime provinces have two to three times the number of hospitals as Ontario in relation to population. P.E.I., with a population half that of Markham, Ont., absorbed $10 billion from other Canadians over a recent 10-year period to support its overdone public sector.

These problems negatively impact the daily lives of millions of people.

Only about a quarter of the unemployed in Ontario and Alberta receive unemployment benefits, a rate significantly lower than in all other provinces.

Equally situated people are not treated similarly in other respects. Self-employed fishers receive unemployment benefits when they’re out of work but no other category of self-employed worker is eligible for these benefits.

The final question is whether equalization and other regional subsidies contribute to Canadian unity.

In the short term, they contribute to unity because the Atlantic provinces, Quebec and Manitoba are dependent on them and abrupt change would bring dislocation and complaints about national unity.

In the medium and long term, the story is very different. There’s ample evidence that Canada’s regional subsidy system, especially equalization, encourages dependency, poor productivity, legitimate anger in provinces whose populations disproportionately contribute to it and it impairs Canada’s capacity to compete in the world.

There are alternatives. For example, equalization can be made conditional on creating a common services corporation in Atlantic Canada to deliver public services. It should also be a condition that recipient jurisdictions can’t block or prohibit activities that are underway elsewhere in environmentally sensitive ways.

Encouraging short-term stability at the expense of economic performance and fairness is folly, especially when alternate paths are available. This path is the real threat to national unity.

The concerns many Albertans are expressing about equalization are concerns all Canadians should share.

David MacKinnon is an analyst at the Frontier Centre for Public Policy.

David is a Troy Media Thought Leader. Why aren’t you?